Note: Mr. Burby kindly gave me his presentation (handwritten notes and all) in lieu of the fact that I was unable to attend the Monday session of the Summer Conversational Series. I thank him for doing so.

This is a longer post than usual as I found his presentation to be quite thought-provoking.

Before attending this series, I was woefully ignorant of the concept of “place. ” Intuitively I understand about the need to create sacred spaces, whether it be places for prayer and contemplation, or rooms where I can create writing and music. I go to great lengths to create these spaces, considering every last physical detail such that entering these spaces immediately puts me into the “zone” where I can accomplish what I wish to do. Inhabiting such spaces brings me a great sense of happiness, peace and accomplishment.

I never understood however, the wider concept of place and sacred spaces; the speakers at last week’s Conversational Series have opened up a new world for me, a fresh lens from which to contemplate what I read in books and see around me.

Mr. Burby’s presentation, “Out into the World:” Louisa May Alcott’s Sense of the World Beyond Concord.” continues to prime that pump. He begins by citing two classics by which he frames his discussion: Gaston Bachelard’s The Poetics of Space and Mircea Eliade’s The Sacred and the Profane. He maintains that Louisa’s writing,

“frequently deals with the transfer of the sacredness from good individuals, most often in the form of the sacred feminine, to the spaces they come to inhabit.”

The place of home

We see this time and again in Louisa’s works, particularly in Little Women, where the home is central to the development of the characters. Bachelard points out the positives (“We shall see the imagination build ‘walls’ of impalpable shadows, comfort itself with the illusion of protection…) as well as the negatives (“tremble behind thick walls, mistrust the stanchest ramparts.”). He also writes, “the house shelters daydreaming, the house protects the dreamer, the house allows one to dream in peace.” This is played out to perfection in Little Women.

Burby illustrates both sides of Bachelard’s notion of home, first through Hospital Sketches and My Contraband, and then through A Long Fatal Love-Chase.

In Hospital Sketches and My Contraband, Burby shows how Louisa uses the Eternal Feminine (in the forms of nurses Tribulation Periwinkle and Faith Dane), to transform space from profane to sacred by injecting goodness, mercy, empathy, kindness and understanding.

Burby cites Louisa’s description of the hospital in Hospital Sketches where she describes the “vilest odors” and chaotic atmosphere. Nurse Periwinkle seeks to transform that space:

“After bathing and dressing wounds for a number of them [the wounded soldiers], the scene is partially transformed.”

When she takes over the night shift, Nurse Periwinkle is given greater control over her environment, thus completing the transformation:

“By eleven, the last labor of love was done; the last ‘good night’ spoken; and, if any needed a reward for that day’s work, they surely received it, in the silent eloquence of those long lines of faces, showing pale and peaceful glances that lighted us to bed, where Rest, the sweetest, made our pillows soft, while Night and Nature took our places, filling that great house of pain with a healing miracles of Sleep, and his diviner brother, Death.”

If I might digress for a moment: in reading Burby’s citations and his analysis of Louisa’s transformation of space, it made me wonder about about Louisa. We know she had a vocation as a writer, but she also sensed a vocation for nursing. She was aware of her talent in both areas. She had had the opportunity to live each out, by nursing her sister Elizabeth which led to her ability to serve as a Civil War nurse, and by writing about such experiences and more. Both vocations served others well, one by healing and the other by providing.

In each case Louisa could play out the role of Savior, a role both satisfying and burdensome to her. Yet which vocation was the most satisfying and which the more burdensome? Nursing brought her face to face with life at its core: brutally authentic, vulnerable and poignant. She could see the immediate consequence of her ministrations, whether it was to bring healing, comfort, consolation or just her presence as Death loomed. It was Lizzie who told Louisa how much that presence brought her strength as she faced her own painful end.

… and as a writer

Such life experiences were then expressed through Louisa’s writing, especially in Hospital Sketches and Little Women. Those of us who are writers know how cathartic, even exhilarating it can be to process feelings and get them down on paper, sometimes in poetic prose if we’re lucky. Writing brought its benefits to Louisa, relieving the chronic poverty and bringing material comfort and security at last to the “Pathetic Family.”

Both vocations exacted their costs. Nursing brought on the typhoid pneumonia which robbed Louisa of her good health for a life time. It sobered her greatly with memories that could never be forgotten.

Writing stole away Louisa’s cherished privacy and free creative expression, while too exacting a cost on her health.

So which vocation most satisfied Louisa? Which one was more worth the cost? Likely both were equally important and worked in tandem with each other. But these were questions that came to my mind as I read Mr. Burby’s presentation. There is no doubt that some of Louisa’s finest writing comes from her nursing experience. 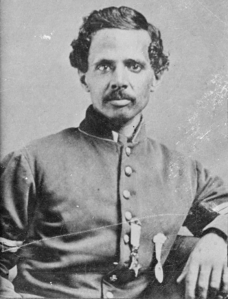 In My Contraband, Burby shows how that same chaotic and dark space, the hospital, is transformed by presence of Nurse Faith Dane. Yet in this case, it is more about the transformation of persons within that space: Bob, the recently freed and wronged slave and his vicious white half brother who had killed Bob’s lover. While the half brother is not redeemed, Bob turns away from doing his brother harm thanks to the efforts of Nurse Dane. Burby writes,

“And it is here that the protagonist is able to assert her influence in the most positive way possible, turning the man–her contraband [to whom she was deeply attracted], the former slave, Bob–away from tragic revenge.”

The transformation is complete when Bob consummates their relationship in a symbolic and spiritual way, taking on her last name as his own; he would now be known as Robert Dane.

A place of damnation

Burby then turns to A Long Fatal Love-Chase to demonstrate how a beautiful space does not always denote goodness. He notes in particular a long description of the setting of Valrosa, Tempest’s villa in Nice. Burby believes that since Louisa had visited Nice during her first trip to Europe, it was likely she was describing a real place. He goes on to write,

“The description of Valrosa … suggests that is the finest setting for Rosamond, the protagonist … She is unconsciously the fairest and most striking ‘object’ in the setting.”

He points out that the beauty of the setting was illusory as Rosamond’s lover Tempest turns out to be her Mephistopheles.

In this case, despite the presence of a female protagonist, Valrosa changed from a sacred to a profane place because of the domineering power of Tempest and the false premise upon which the space was based. Rosamond could not turn him.

Triumph of the Eternal Feminine

Yet the writing of hers that survives through the ages in the imaginations of many are the ones where the Eternal Feminine does in fact, triumph.

Are you passionate about
Louisa May Alcott too?
Subscribe to the email list and
never miss a post!
Keep up with news and free giveaways on Susan’s book, River of Grace!
Facebook Louisa May Alcott is My Passion
More About Louisa on Twitter