My commute to work is one hour or more each way so I have to do something to entertain myself. I tend to have what I call “brain dumps” while driving and when I do, I whip out my phone and turn on the Dragon app. Then I dictate what I’m thinking. A good portion of my writing is done in this fashion. 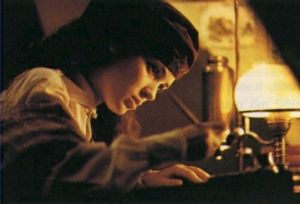 I have written before about this, my favorite chapter.. The most nuanced and grown-up chapter in the book, it shows Jo’s willingness to allow grief to reshape her. Consumed with honoring her dead sister Jo was determined to follow to the letter of the law Beth’s exhortation on taking care of the family by renouncing her writing ambition. Marmee’s wisdom however led Jo to understand why she found this so difficult to do—it simply wasn’t in her makeup to do what Beth had instructed. She could not be Beth and needed to find her own way to care for the family while remaining true to herself.

Part of remaining true to herself was to reject Laurie as a potential husband. In our love for Laurie we forget that he was not entirely supportive of Jo’s writing. Professor Bhaer, however, was. In fact, it was Jo’s poem about the four chests in the attic that touched his heart. He disapproved of Jo’s blood and thunder stories because he thought she was capable of better and inevitably, he was proven correct.

In allowing the creative process of grief to shape her future, Jo was able to realize a life that to her was very satisfying (even if some readers disagree). She could expand her world to help others, especially the boys she loved so dearly. She was able to start her own family. And in time, with acquired wisdom, she was able to write as she had desired.

This is why Little Women is such a satisfying read for me. Even though she resisted the idea of making Jo a married woman I think Louisa still revealed desires for herself through Jo. While I have yet to read Jo’s Boys, at least through Little Women and Little Men, Jo was free in a way that Louisa it was not. Jo did not impose the chains of duty upon herself as Louisa did.

Was it fair that Amy won the trip to Europe? 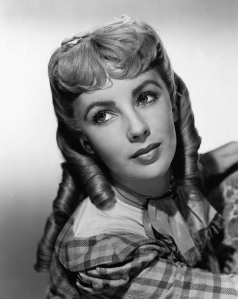 On another front, with regards to Amy getting the trip to Europe—I believe Amy deserved that trip. Unlike Jo who rendered her service to Aunt March in a begrudging way, complaining to her sisters about her aunt and clearly not enjoying her company, Amy in fact did enjoy being with Aunt March. That made Amy tmore agreeable companion. Jo felt entitled to that trip and that was wrong. While at first it appears unjust because of Jo’s service, it was the way that service was rendered that caused Amy to be chosen. There is something to be said about that verse from scripture, “God loves a cheerful giver.”

Like May, Amy was not just “lucky.” Calling her sister “lucky” betrayed Louisa’s/Jo’s resentment towards her sister’s natural ability to get along with others. Louisa/Jo had a lot of difficulty with casual niceties and small talk and people were put off by that. She couldn’t help being the way she was but to resent May/Amy because of her natural ability was unfair.

Who is the shy one?

Beth is often characterized as timid and shy but in many ways Jo was shy as well. Both sisters felt unworthy and in need of improvement, even redemption. Yet while Beth retreated from life, Jo pursued a better course, doing battle with her life like a warrior, determined to prove she was worthy. Beth died, and Jo lived.

What do you think?

23 Replies to “Rambling about “Little Women””