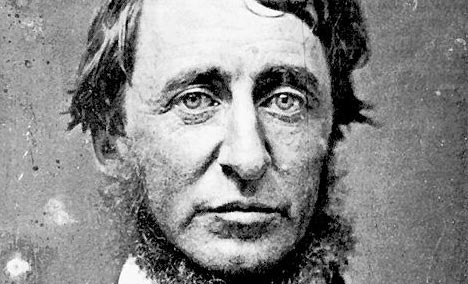 Much has been said about how unconventional Henry David Thoreau was. Although brilliant he was solitary, decidedly different, very blunt, not especially attractive physically, and he was prone to “queer” habits such as climbing trees, imitating bird calls and the like.

Yet women did find Thoreau attractive. Louisa May Alcott had a schoolgirl crush on him, and based characters in her books on him, most especially Adam Warwick, her doomed lover in Moods, and David Sterling in Work: A Story of Experience.

Sophia Foord, a naturalist and boarder at Hillside, the Alcott family home during Louisa’s teenage (and happiest) years, actually proposed marriage to a horrified Thoreau who brushed her aside.

Except for a failed attempt at love with Ellen Sewall (where he competed with his brother John for her affections), and a possible romantic interest in Lidian Emerson, Thoreau was not a ladies’ man. But I do maintain that he was a romantic. 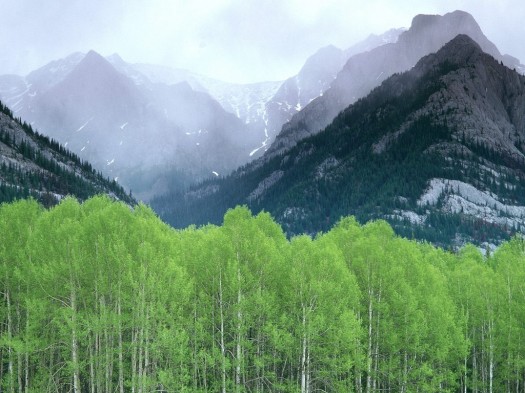 Thoreau wrote passionately in his essay,  “Walking,” about traveling west, commenting that he usually positioned his feet west to south-west because “The future lies that way to me, and the earth seems more unexhausted and richer on that side.” He adds, “We go eastward to realize history, and study the works of art and literature, retracing the steps of the race, — we go westward as into the future, with a spirit of enterprise and adventure.” While Thoreau protested the idea of Manifest Destiny (the 19th century American belief that the United States was destined to expand across the North American continent, from the Atlantic Seaboard to the Pacific Ocean – Wikipedia) especially because of the Mexican-American War (which annexed Texas and permitted another slave state), it does seem that at least philosophically, he embraced the idea of heading west. And here’s where the romantic in him showed its face:

Every sunset which I witness inspires me with the desire to go to a west as distant and as fair as that into which the Sun goes down. He appears to migrate westward daily and tempt us to follow him. He is the Great Western Pioneer whom the nations follow. We dream all night of those mountain ridges in the horizon, though they may be of vapor only, which were last gilded by his rays. The island of Atlantis,and the islands and gardens of the Hesperides, a sort of terrestrial paradise, appear to have been the Great West of the ancients, enveloped in mystery and poetry. Who has not seen in imagination, when looking into the sunset sky, the gardens of the Hesperides, and the foundation of all those fables?

Not to be a killjoy, but what about all the hardships pioneers faced going out west? Many many thousands of people died from disease, starvation and battles with Native Americans. It was a tremendous struggle just to survive. I was surprised  in the romanticism and naivety that Thoreau seemed to exhibit but I was glad to see that he had such an optimistic spirit. He cites Sir Francis Head, an English traveler:

This line made me laugh:

” . . .  the traveller can lie down in the woods at night almost anywhere in North America without fear of wild beasts.”

Um, ever hear of black bears?? Or bobcats??

It got me to thinking about the experiment at Walden. I still think it was a noble experiment but isn’t it true that he brought his laundry to his mother at the family homestead in Concord? 🙂

I know that going west for Thoreau was as much about allegory as it was about actually traveling there. The east represented the Old World and Old World (e.g. old ideas and narrow-minded and conventional) thinking whereas the west represented a broadening of one’s horizon and the possibility of reconnecting again with Nature – Sir Francis said it perfectly.

What’s the point of all this? Just that Thoreau was many things: brilliant thinker and writer, transcendentalist, abolitionist and government protester (and willing to go to jail over it), surveyor, pencil maker, innovator, naturalist – a man who said much and truly walked the walk. I would just like to add that he was also a romantic. Bombastic at times, but definitely a romantic.

8 Replies to “Was Thoreau a romantic? Final thoughts on “Walking””

Dive Into the World of “Little Women,” Now With an Aquatic Twist - book review of the charming "Little Women Mermaid Edition" by Megan Lois Whitehall. @booktrib #littlewomen #littlewomenmermaidedition #louisamayalcott #bookreview #youngadultbook #childrensbook
Lisa Francesca, who is currently researching Carlotta Norton Smith, an art editor in New York’s Gilded Age, explores art periodicals and their pieces on American women artists , and speculates on the impact of May's "Studying Art Abroad." #mayalcottnieker #womenartists19thcentuty #TheForgottenAlcott
This is an incredible series available on Zoom all next week. Videos will be available on demand if you can't watch the conference live. Discussions will take place after each presentation. See my blog post for registration details. Hope to see you there! #louisamayalcott #bronsonalcott #louisamayalcottsorchardhouse #summerconversationalseries2022 #lifelonglearning