In pulling together my research for my biography on Elizabeth Alcott, I found the need to comb through Richard Herrnstadt’s enormous volume containing the vast majority of Bronson Alcott’s letters.* It requires a great deal of time to go through anything related to Bronson not only because of the amount of pages but because of the way he wrote. I am focusing right now on the family’s time in Boston in the 1830’s when Bronson was at the height of his success as an educator with the Temple School. In reading these letters I decided to search for journal entries from that period as Odell Shepard’s volume covers just a selected part of those writings.

I was thrilled to discover that Bronson Alcott’s journals from 1836, 1837 and 1838 have been completely transcribed thanks to the meticulous scholarship of Joel Myerson and Larry Carlson. They have been made available for download on JStor where you can sign in through a major library (so long as you are a member of that library) or you can purchase a subscription.

Rise and Fall of the Temple School

Myerson and Carlson have made available to the public the thoughts of Bronson Alcott during one of the most difficult periods in his life, beginning with the soaring success of the Temple School, and then its colossal failure which caused Alcott and his family to flee to Concord in exile. No longer allowed to practice his profession, the family became impoverished. 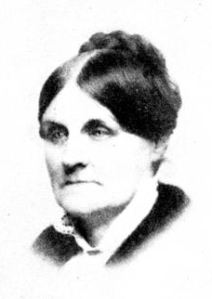 Thanks to the efforts of Cynthia Barton (Transcendental Wife) and Eve LaPlante (Marmee and Louisa), we can read the anguished words of Alcott’s long-suffering wife Abigail describing their desperate need while at the same time, defending her husband in the strongest terms. We all sympathized with her plight of being married to an idealist who could not (or would not) work for pay. It was hard to understand why Bronson did not seem to care about the well being of his family whom he purported to love.

His side of the story

I have muttered many a harsh criticism of Bronson under my breath while reading these fine biographies but yet at the same time, I recognized that there were admirable things about the man. Thus my ambivalence and fascination which keep me returning to read his words. After reading these journals I feel that for the first time, I have heard his side of the story.

How Bronson expressed himself

It is a story that reads like a Greek tragedy; I know how it ends and I almost dreaded turning the pages, waiting for the inevitable fall.  Bronson has been criticized as being impossibly abstract as a writer and I admit to having difficulty reading some of his musings. At times, however, he writes with starkness and clarity. Absent is the emotionalism of Abba’s writings (which show a real dramatic flair). He writes instead with a stoic philosophical bent which in many ways, only adds to the drama of the story.

For example, in the introduction to the journal of 1837, Larry Carlson describes how the Temple School started to fail after the publication of the much derided and misunderstood Conversations with Children on the Gospels (which Bronson described as the most important work of his life, along with the soon-to-be-rejected “Psyche,” based upon his observations of the spiritual development of his daughters especially the youngest at the time, Elizabeth.) Carlson then writes,

“The cumulative effect of all these unsettling difficulties was more than he could withstand. Demoralized, emotionally and physically exhausted, and knowing that his credibility was destroyed, Alcott collapsed in July, unable even to write in his journal.” (pg. 55, Bronson Alcott”s “Journal for 1837;” as published in Studies in the American Renaissance, 1981, 27-132).

This collapse is described in one terse line in Bronson’s journal:

“At this period, I was arrested by desease [sic], which confined me to my room for several weeks.”

He resumed his journal in September, picking up where he left off with his work and visits with associates. There is a decided lack of lamentation with regards to his obvious suffering. (Ibid, pg. 96)

What I found most compelling was the isolation he felt at being so misunderstood. He wrote,

“I have little society. I am quite recluse, seldom spending an hour from home. Indeed, I seem to be shut out, in good measure, from society, by the studies which I affect, and modes of thinking to which I incline, In these, small sympathies can be hoped. My thoughts run not in the popular current; but aside, often, against it.” (Ibid, pg. 139).

In many ways this type of suffering was far more difficult as Bronson craved such society.

I could not help but empathize with the man. Yes, his vision was myopic, so convinced that he was right that he could not see what was coming. One could call it hubris. But at the same time, he fully believed that what he was doing was for the betterment of humanity. Like St. Paul  in 2 Timothy, chapter 4, Bronson was “poured out like a libation” for his own brand of the Gospels. Even as students started to fall away, bit by bit from the Temple School (even before the publication of Conversations with Children on the Gospels), Bronson would not or could not, read the signs. But I as the reader, knew, and dreaded what was coming.

Bronson as a man

As someone who often bucks the mainstream tide and feels out of step with present day life, I felt great empathy, and sympathy, for Bronson Alcott. Rather than being interested so much in Alcott the reformer, educator, philosopher or buffoon, I am interested in Bronson, the flawed human being. These journals deliver, and reading them has rounded out my picture of Bronson Alcott. I remain ambivalent, and still fascinated.

*Richard Herrnstadt passed away on August 29, 2018. Here is his obituary. As Alcott students and scholars, we are eternally in his debt; may he rest in peace.

One Reply to “The rise and fall of Bronson Alcott, in his own words”