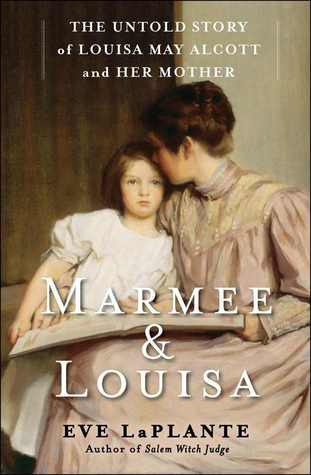 This is a book that is long overdue.

Anyone who has read Little Women and felt the overarching presence of Marmee (and the lack of presence of Mr. March) has to know just how important Louisa’s mother was to her. Marmee was based on a living, breathing woman who was far more complex (and interesting) in real life.

Since it was unthinkable for a women of that era to have any sort of public life, Abigail Alcott had been relegated to the shadows while husband Bronson was celebrated as the great influence on his famous author daughter.

If one carefully reads between the lines, one will note that Louisa never understood nor adopted her father’s lofty philosophies (although Transcendentalism certainly permeated her work). And rather than encourage his bold and brilliant daughter, Bronson disapproved of Louisa for much of her life. It was only when she nearly lost her life as a Civil War nurse that he came around to appreciating her level of self-sacrificing love.

While there is no doubt he was an influence, Abigail May Alcott was the muse, as author Eve LaPlante so aptly puts it in Marmee & Louisa: The Untold Story of Louisa May Alcott and Her Mother.

LaPlante reveals new sources from her own mother’s attic trunk along with papers that have been available for years at the Houghton Library at Harvard which were overlooked. It’s especially appropriate that a blood relative should right the wrong by revealing the real Abigail Alcott for the first time and tell so compellingly how she nurtured, supported and influenced Louisa.

Madelon Bedell in The Alcotts: Biography of a Family dared to suggest that Abigail was the better writer and Marmee & Louisa demonstrates this. Abba’s writing is lucid, electric, clear and passionate, revealing great insight.

Gifts that did not go to waste 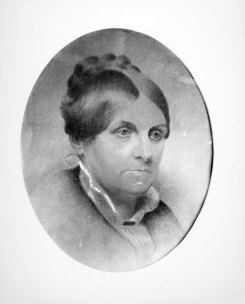 Abba was gifted with a sharp intellect and love of learning, traits that Louisa inherited and were carefully developed through her mother’s nurturing and example.

There is no doubt she also had a share of her father’s intellect but a big dose of her mother’s pragmatism gave it a vehicle for use.

Both women were denied a formal education but in many ways, the rich lives they led through the good and the bad, coupled with the towering giants they knew in their lifetime (Ralph Waldo Emerson, Margaret Fuller, Henry David Thoreau, William Lloyd Garrison, Rev. Theodore Parker, etc.) more than made up for the loss.

LaPlante reveals much about Abigail’s own family life which is key to understanding this woman who was so far ahead of her time.

The close relationship she enjoyed with older brother Samuel Joseph, an activist Unitarian minister and early subscriber to the abolition of slavery and women’s suffrage, is key. Although Abigail was denied a college education since that was only granted to males at that time, Samuel shared many of his books with her and encouraged her desire to learn.

There’s an intimacy in the writing that you can only get from one relative writing about another which gives this book added meaning. Yet LaPlante does not lean on this laurel but provides substantial research to back up her claims.

I especially enjoyed the connections LaPlante drew between the stories Abigail shared with Louisa and the way Louisa wove these stories so seamlessly throughout her writing. It certainly merits revisiting Louisa’s works after reading Marmee & Louisa.

Abigail and Louisa were on the cutting edge of the Women’s Suffrage movement (with Louisa being the first woman to vote in her hometown of Concord) along with Samuel Joseph May. The writings of Abigail Alcott demonstrate clearly the plight of women in the early and mid 1800s, full of potential but unable to live autonomous lives due to conventional society.

Louisa paid a price for her independence but it surely did her mother’s heart good to see her daughter succeed outside of the confines of society.

LaPlante offers penetrating insight into the complex and difficult marriage of Louisa’s parents. At times Abba idolizes Bronson, promoting his ideals and supporting his utopian schemes, most notably the Fruitlands experiment.

She was, after all, attracted to him because of his ideas, perhaps hoping to work by his side to make the world a better place.

She soon learned that the great philosopher with his head in the clouds could not live an earthly life.  Her journals are full of anger, distress and resentment at the endless poverty that ensued. Her writing is powerful and the feelings, palpable.

LaPlante notes how much time the couple spent apart, perhaps recognizing that this arrangement was necessary for a more harmonious co-existance.

This review is just the tip of the iceberg; Marmee & Louisa is an important book and a lively read. It will surely loom large in Alcott lore as an important missing piece to the puzzle of Louisa May Alcott

I highly recommend it.

Have you read it? What do you think?

2 Replies to “Book Review: Marmee & Louisa: The Untold Story of Louisa May Alcott and Her Mother by Eve LaPlante”

Lisa Francesca, who is currently researching Carlotta Norton Smith, an art editor in New York’s Gilded Age, explores art periodicals and their pieces on American women artists , and speculates on the impact of May's "Studying Art Abroad." #mayalcottnieker #womenartists19thcentuty #TheForgottenAlcott
This is an incredible series available on Zoom all next week. Videos will be available on demand if you can't watch the conference live. Discussions will take place after each presentation. See my blog post for registration details. Hope to see you there! #louisamayalcott #bronsonalcott #louisamayalcottsorchardhouse #summerconversationalseries2022 #lifelonglearning
Author Lorraine Tosiello takes us on a tour of Louisa May Alcott's Boston. @ltosiello_author #louisamayalcott #historicboston #beaconhill