A while back I got a recommendation from a reader’s blog, A Thing Called Joe, regarding one of Louisa’s potboilers, a book so sensational that her publisher, James R. Elliot of The Flag of Our Union refused to run with it! It was meant to be serialized in the magazine like so many of her other “blood and thunder” tales but this story was just too hot to handle.

That story is The Long Fatal Love Chase and the story behind this book is as interesting as the book itself.

I rarely read fiction as I find real life a lot more interesting.  And I never read gothic fiction. I have avoided Louisa’s potboilers because of that very fact. But if they all read like A Long Fatal Love Chase, then I am in for some really fun reading!

It’s no wonder this book was rejected as “too sensational” – it’s got everything:

This book is a page-turner and I couldn’t wait to see how it turned out.  It is tight and fast-paced. Just as it begins to feel predictable, Louisa would throw the curve ball. I thought of many scenarios for the ending and didn’t even come close!

There is a host of minor characters including a mysterious “other woman,” a young boy with strong ties to Tempest, an actress, a mother superior, a police chief, and many more.

The story is set in Europe beginning in England, and spreading out to Italy, France and beyond. Written just after Louisa returned from her first trip to Europe (where she took care of invalid Anna Weld, and met her “Laurie,” Ladislas Wisniewski), the story is rich with scenes from the many places in Europe that she visited. You might even say that love was fresh on her mind as she wrote about Tempest and Rosamond’s first year together.

And I won’t. You will have to read A Long Fatal Love Chase to find out what happens.

Suffice it to say though, this story could almost have been written today. Louisa again shows herself to be a modern thinker, willing to break out of the box and challenge the reader.

In 1852, a strong woman character like Rosamond was controversial in and of itself. A Long Fatal Love Chase, among many things, shows the desperate situation of women trapped in bad relationships. There were not a lot of options. Rosamond, however, is resourceful, creative and clever, always coming up with something when all options seemed off the table.

Story behind the story

The story behind A Long Fatal Love Chase is pretty remarkable unto itself.

As mentioned previously, the story was considered “too sensational” (and too long) even for an A. M. Barnard story.

After returning from Europe, Louisa was asked to write a story of 24 installments for serialization in The Flag of Our Nation. She wrote it in haste (292 pages in 2 months!) with the familiar motive of meeting the never-ending financial needs of her family. The original title was A Modern Mephistopheles, or The Fatal Love Chase*.

After the rejection, she sought to tone down and shorten the story, retitling it Fair Rosamond. It was rejected again and she put the manuscript away.

Fair Rosamond ended up in the Houghton Library at Harvard.

The original manuscript was auctioned off in 1994 by the Alcott family descendants for nearly $50,000, to a rare book dealer, Kent Bicknell, headmaster of the Sant Bani School in Sanbornton, New Hampshire. He made the crack that he paid “more than his annual salary but less than $50,000.” 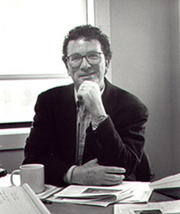 Bicknell undoubtedly felt like the luckiest man on earth, especially after reading the manuscript.  After carefully restoring it, he sold the publication rights to Random House in 1995, receiving an advance of $1.5 million.

He gave 25% to Louisa May Alcott’s Orchard House, 25% back to the Alcott family, and 25% to his school. He still walked away with a fair sum of money. Nice gamble!

A Long Fatal Love Chase (as it was finally named by Random House) became a best-seller and is still in publication today, proving yet again the timelessness of Louisa May Alcott.

Critics gave it very favorable reviews and scholars dug in for analysis, extracting in particular the many feminist themes.

I don’t think of virtue when I think of potboilers but Louisa could hardly get away from her inner self and her upbringing. She balanced off the obvious evil of Tempest with Father Ignatius (and gave Catholics a fair shake, considering her known prejudice against Catholicism).

This was one of my favorite sections from the book, detailing an encounter between Rosamond and Fr. Ignatius:

She told him rapidly, for now she clung to this one faithful heart with a child’s confidence, forgetting for a time that he loved her and remembering only that he was “true as steel; firm as a rock.” He listened, detected the secret weakness of the girl’s love, and resolved to save her from it if he could. He had drawn her out of the  moonlight into the little room and still holding the hands that unconsciously clung to him he said, imploringly, “My child, never go back to this man. I know him and if I dared sully your innocence with such knowledge I would tell you the history of his life. You love him still and struggle against your love, feeling that it will undo you. He knows this and he will tempt you by every lure he can devise, every deceit he can employ. Sorrow and sin will surely follow if you yield; happiness never can be yours with him; doubt, remorse and self-reproach will kill love, and a time will come when you will find that in gaining a brief joy you have lost your peace forever. Oh, Agatha [aka Rosamond], be warned in time, do not listen to your own weak heart but to the conscience that nothing can bribe or silence. Child! child! You must be saved, listen to me and let me keep your white soul fit for heaven.

A pivotal moment in the story.

Find a nice hot tub. Or a fireplace. Or a cozy bed with a cat wrapped around your feet. Grab this book and enjoy a great winter’s read!

Have you read this book? What did you think? Did it surprise you?

*Louisa did end up using the title A Modern Mephistopheles, for another book in a Faustian vein. At the request of Thomas Niles, she wrote it for the author No-Name series for Roberts Brothers (and no one at the time could guess it was hers which gave her great pleasure :-))