I acknowledge that Work: A Story of Experience is an important feminist work (see previous post). It was groundbreaking in that respect and makes it a relevant book for today in understanding the condition of single working women in the nineteen century. Work would be an especially valuable read for women of the Millennial generation who have not lived through the struggles of their predecessors.

I believe, however, that Work is also an important religious work. While Louisa was never a member of any particular congregation, she was a lifelong seeker. Her frustration with conventional religion is summed up in a stinging summation in chapter 7, “Into the Mist” (see previous post). Christie’s spiritual journey is nuanced, gritty and authentic. It’s an exquisite look inside the heart, mind and soul of the author.

Chapter 19, “Little Heart’s-Ease” demonstrates Christie’s spiritual growth in the way she works through her grief over David’s death and how she perceives a sacred moment in the mundane.

In his essay, “Nature,” Ralph Waldo Emerson refers to the “transparent eyeball:” “Standing on the bare ground, — my head bathed by the blithe air, and uplifted into infinite space, — all mean egotism vanishes. I become a transparent eye-ball; I am nothing; I see all; the currents of the Universal Being circulate through me; I am part or particle of God.” (from chapter one). Contemporary spiritual writer Richard Rohr in his book The Naked Now employs a similar term of the “third eye.” Both authors are describing the insight of a mystic, that of being able to discern God in all things no matter how mundane, and being one with all things.

The ability to discern God in everyday life, to “read between the lines,” so to speak, is a precious gift of sight, most likely what Jesus was referring to with comments such as ” … blessed are your eyes for they see, and your ears for they hear …” (Matthew 13:16). He often spoke these words after relaying a parable, knowing that many would not grasp the meaning, but others would “see.”

Christie’s search for religion granted her that sight, giving her a beautiful experience of consolation.

Despite comforting words from the Rev. Power, Christie would not be consoled without a concrete sign: “Christie could not be content with this invisible, intangible recompense for her hero: she wanted to see, to know beyond a doubt, that justice had been done …”

“Then, when no help seemed possible, she found it where she least expected it, in herself. Searching for religion, she had found love: now seeking to follow love she found religion. The desire for it had never left her, and, while serving others, she was earning this reward; for when her life seemed to lie in ashes, from their midst, this slender spire of flame, purifying while it burned, rose trembling toward heaven; showing her how great sacrifices turn to greater compensations; giving her light, warmth, and consolation, and teaching her the lesson all must learn.”

Sitting in David’s room one day, surrounded by his things, Christie experiences the sign she sought. In the stillness she hears a melodious sound as a gentle breeze brushes past David’s flute. She can “hear” the music of that flute that she once dubbed as David’s “voice,” expressing all the joys and sorrows of his life that he never shared in words. The sign had been given:

“Ah, yes! this was a better answer than any supernatural voice could have given her; a more helpful sign than any phantom face or hand; a surer confirmation of her hope than subtle argument or sacred promise: for it brought back the memory of the living, loving man so vividly, so tenderly, that Christie felt as if the barrier was down, and welcomed a new sense of David’s nearness with the softest tears that had flowed since she closed the serene eyes whose last look had been for her.”

This passage struck a chord in me for I too experienced such a sign on the day of my mother’s funeral.

A series of personal signs

It was April 22 and the day was warmer than usual. The sky was as deep a blue as I had ever seen it. Spring was several weeks early that year, resulting in a burst of floral beauty. The air was alive with birdsong. The season was at its peak.

The chapel in the Unitarian Church in Wellesley, Massachusetts was decorated with a stunning arrangement of flowers favoring a purple theme.

This was the first sign for my mother loved flowers and birds, having studied Botany at Wellesley College and then working for the department for several years. One of her jobs was to help arrange the flowers for the annual Boston Flower Show display.

The chapel was filled to overflowing with family and friends. After the formal eulogy given by my older sister, her husband rose to speak. His recollections of my mother were funny and poignant considering the complex nature of their relationship. An alpha male, Tom choked up remembering his mother-in-law who lived next door to his family’s home for so many years. 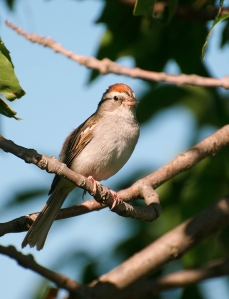 Tom’s comments were followed by neighbors who stood up and recalled memories of my mother and father encouraging the neighborhood children to sled and play on the hill in their yard. My mother’s intense interest in the lives of everyone around her was recalled with humor and affection.

A second sign, for my mother in her dementia and despair, had felt unworthy of love. Her friends and family had not forgotten her.

I remember approaching the casket after the room had emptied, kissing it and saying, “I told you so! I told you that you were loved!”

At the internment as my husband, a deacon in the Eastern Catholic Church, said the prayers over the grave, a chipping sparrow sat overhead singing his spring song.

A third sign. I knew then for sure that my mother was safely home with God.

As with Christie, these signs were like the parables of Jesus: many would hear but only some would actually “see.”

The crux and the heart of Work

While the crux of Work is its feminist message, the heart of the story lies in Christie’s inner life. In this thinly veiled autobiography, we not only learn of Louisa’s working life with its struggles and triumphs but also of the woman within, so keenly attuned to that still, small voice within, ever searching for connection and meaning.

Like most good writers, Louisa was gifted with insight and relentless curiosity. A deep connection to something greater than herself was a key element of that insight, enabling her indeed to see with that “third eye.”

It’s what keeps me coming back for more.

2 Replies to “Wrapping up Work A Story of Experience: The Spiritual Subplot” 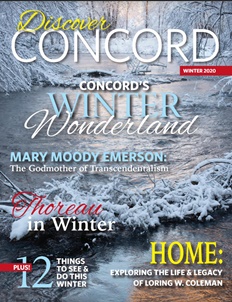 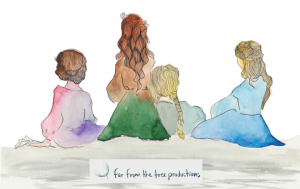